Episode 16: 10 Tips to Better Cold Calling for B2B sales professionals with Michael Hanson --Cold calling may seem like something that has been in the sales world for as long as anyone can remember, but that doesn't mean there is no new ground to be covered. Today on The Sales Samurai, we are joined by the CEO and Founder of Growth Genie, Michael Hanson, to hear his top ten tips on how to improve your team's cold calling practice and get your offers in front of more ideal customers. According to Michael, setting up qualified opportunities with strangers is the most difficult skill in sales, and is often left to the least experienced members of a sales team! It was with this in mind that he started his company, aiming to support and enable sales professionals to hit the ground running and excel in their careers. As Michael runs through his list of ten tips, with a few bonuses ideas added in, he reminds us that it is no use having the best messaging and product in the world if no one gets to hear about it or see it. So without further ado, let's jump in and hear his amazing advice!

“I like speaking with people, I like solving problems. And that's really what proper sales is about.” — Michael Hanson [0:06:35]

“You can make cold calls warm calls by using the power of the internet and research.” — Michael Hanson [0:08:40] 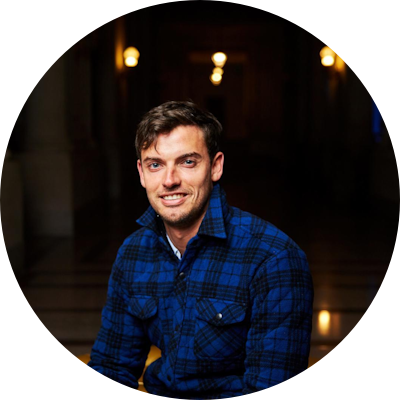 Michael Hanson is the CEO and founder of Growth Genie - a consultancy that empowers B2B sales teams to have better conversations and get in front of more of their ideal customers through cadences, playbooks, training and coaching. Michael set up Growth Genie after realizing that generating qualified opportunities from strangers was one of the hardest skills in sales, yet is often given to the people with the least experience, so wanted to support and enable them to be more successful and fulfilled in their role.