5 things Every Buyer will be Grateful for in 2022 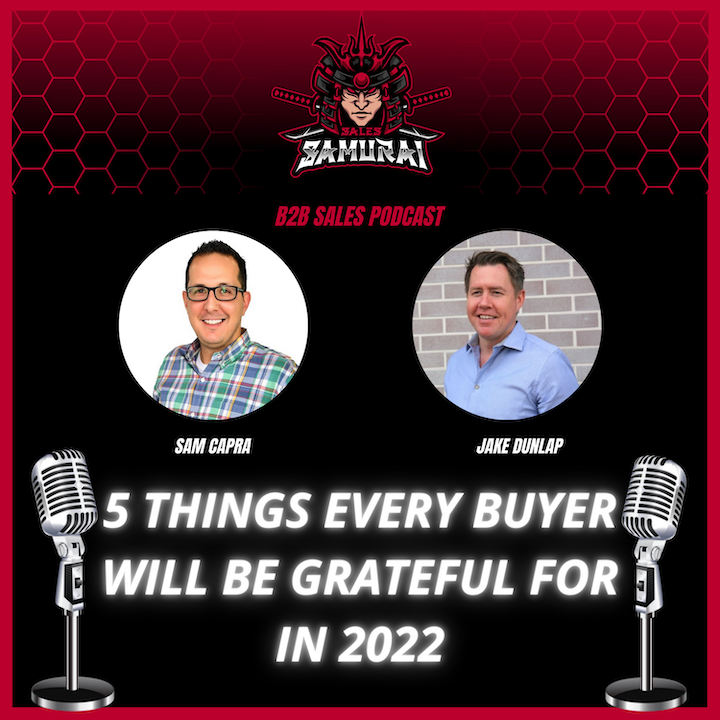 In today’s episode of the ‘Sales Samurai’ podcast, host Sam Capra, who helps marketing leaders in the retail space go beyond the sale/transaction, talks with Jake Dunlap, Founder / CEO of Skaled Consulting and B2B Sales Leader. Jake and Sam are going to be discussing five things every buyer will be grateful for in 2022. 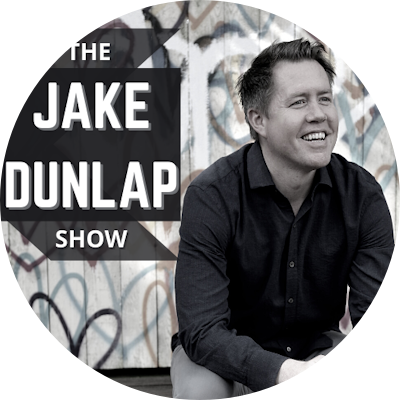 While I never quite envisioned a career in sales, I realized I had a natural aptitude for selling. I started working in sales and marketing in college, and my desire to succeed helped me to excel at every sales organization I joined. However, my successes didn’t come without their share of struggles.

6 years ago… There I was 32 years old and crushing every sales projection in my path. I was Vice President of Sales and Success at Chartbeat, making mid-six figures, and building a team that helped the company sell for 1.2 billion dollars. And that’s when it happened. I was fired for the 6th time in my career. That’s when it all became clear; I couldn’t stand the status quo as an employee.

Status quos made me uncomfortable because I only wanted to live above them. And continue growing; continue scaling. My company, Skaled, was born.

Today, I’m on a mission to help CEOs and Executives scale their organizations as effectively and efficiently as possible. We have consulted with well over 400 companies, including multiple Fortune 500 companies. With 15 consultants throughout the US, our company is scaling at the same rate as our clients.

And we’re not slowing down anytime soon.

My goal is transform the future of sales and change the way people sell. Many sales leaders still run teams the way they did 15 years ago. But in today’s world, that status quo just won’t do. My mission and my company’s mission are one and the same; to teach companies to interact with their buyers - more efficiently and effectively.

If you’re ready to reach the forefront of sales and marketing, feel free to reach out.