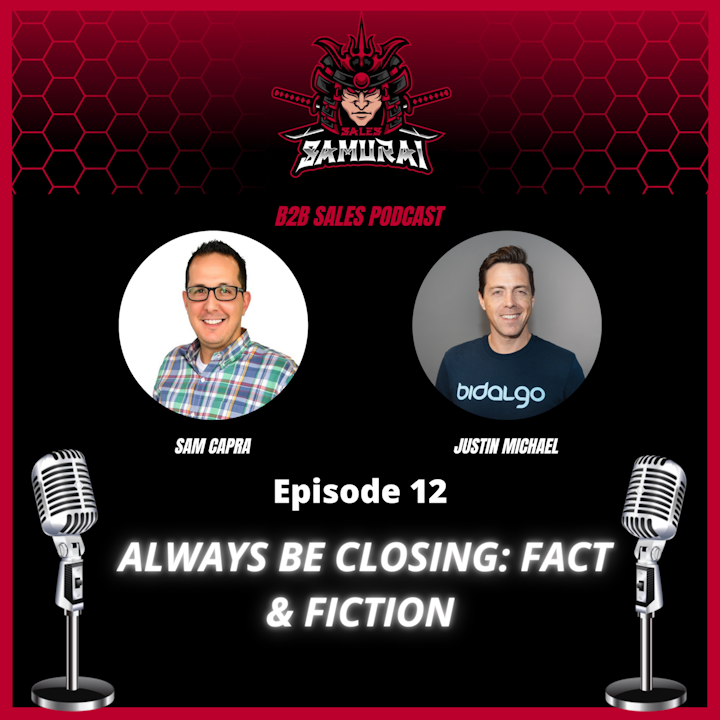 Episode 12: Always Be Closing: Fact & Fiction with Justin Michael
Anyone in sales will tell you that the most valuable time is spent face-to-face with customers, but few of us have a solution to automating the groundwork. Not so for today’s guest, Justin Michael, who believes that 70 to 80 percent of the work salespeople do is fully automatable. During this episode, you’ll hear about his newly published book, Tech Powered Sales, the result of a year of research, 400 hours of work, and a wealth of unique, hard-earned experience. Justin introduces us to Salesborg, a hybrid between a seller and a cyborg, and tells us the story of the exponential growth of the community surrounding it. Next, he talks about the power of admitting that you’re an interruption and immediately adding value when you’re reaching out to powerful people in the middle of the day. He shares the biggest changes he has observed during his twenty years in sales, why he now needs two full days to achieve what used to be possible in ten phone calls, and how sales have become a quality game. We talk about the role of AI and his future prediction that we’ll be charging a premium to speak to a human rather than a robot and what Justin considers to be the goal of closing in today’s selling landscape, as well as how he thinks of selling as a sport, why courage is the most important value, and why he thinks of doing sales as change management. Find out why a lack of pain development is a problem and why great selling is detective work before we touch on spin selling, the value of old-school techniques, the fact that the first step to all sales is getting the customer to admit they have a problem. In closing, Justin offers listeners some powerful advice: stay hungry, stay foolish, and busts the myth that you cannot become technical. We hope you join us for a highly motivating episode today!

“Much like Jeff Bezos, everything on Amazon is data-driven and you can’t buy your way there.” — Justin Michael [0:02:00]

“If you’re in sales right now, the majority of your time is spent doing something that a machine could do. Why wouldn’t you give it to the machine and spend time talking to prospects?” — Justin Michael [0:03:11]

“A lot of the greats used to telemarket. Johnny Depp was a telemarketer. George Clooney was a shoe salesman.” — Justin Michael [0:06:58]

“You have to have a system where you admit that you’re an interruption and immediately add value and show respect. There’s a lot that has to happen psychologically in three seconds.” — Justin Michael [0:09:18]

“It has become a quality game. If you can bring insight, and if you be a trusted advisor, if you can synthesize content and stand out, you can truly stand out from the herd.” — Justin Michael [0:13:36]

“If you have a belief about yourself that you can’t do something, you’ll never get there. You are your own greatest limitation.” — Justin Michael [0:42:40]

VP of Sales for flexEngage 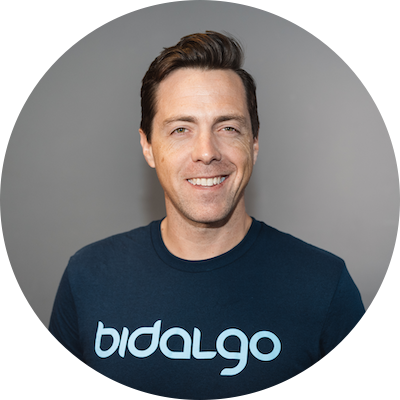 Justin Michael has set records over the past decade for full-cycle revenue creation in cutting-edge AdTech / MarTech and SaaS startups, both as an individual contributor and global team leader (leading teams of field-based and inside sellers). He also received a prestigious 10X Award from a top 20, Tier 1 VC-backed, Seattle Startup. Justin was the inspiration behind COMBO Prospecting, an acclaimed sales pipeline methodology used by some of the most successful brands globally. He lives in California where he consults with leading corporations on top of funnel revenue operations.