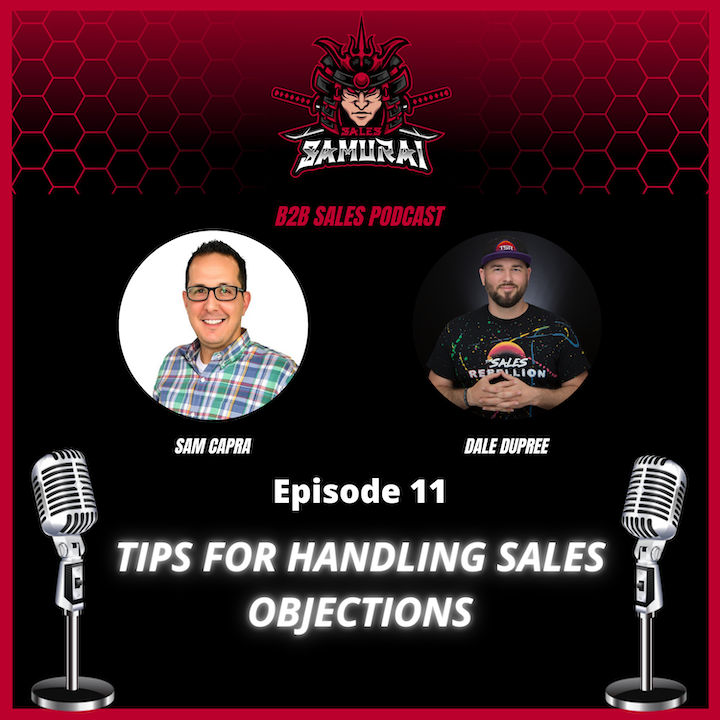 Episode 11: Tips for Handling Sales Objections with Dale Dupree
Our episode today covers one of our favorite topics: tips and advice for handling sales objections. When it comes to sales objections, many of us have been taught to view it as an obstacle that needs to be avoided and overcome by any means necessary.

Our guest today is here to offer an alternative perspective, that prioritizes the buyer and uses a servant leadership mindset to prioritize the needs of the customer. Dale Dupree, who many of us first got to know as the Copier Warrior, is an exceptional individual who is revolutionizing the status quo in the world of sales and sales training through his philosophy of servant leadership. Dale is the leader and founder of The Sales Rebellion, which he established after recognizing crucial deficiencies in how the majority of gurus were teaching sales in the 21st century. The Sales Rebellion provides sales training and development that challenges the status quo and prepares sellers for how the world of selling has changed and continues to evolve. In our conversation with Dale, we get to know him a bit better and hear how he first got into sales.

Dale shares some of the biggest challenges he’s faced since establishing The Sales Rebellion and what he has learned from them. We hear from Dale about how his dad influenced his career in sales and why his father is the embodiment of servant leadership. Dale delves into the concept of servant leadership and why it is integral to his sales approach and forms the foundation of The Sales Rebellion. Later we discuss some of the many misconceptions around sales objections and why it can be a valuable learning opportunity, building rapport, and establishing relationships. For all this and much more, tune in today!

“I think that there's a real big gap in the sales world right now in regards to what the gurus and the top dogs are teaching, as opposed to what the salespeople of the 21st century need to be learning. Because I was in that world, I hired trainers, I hired them for my teams for myself.” — @SalesRebellion [0:03:54]

“I just kind of watched this dismal performance by the sales training world and thought, Man, we could really shake this up.” — @SalesRebellion [0:04:12]

“And really, the only thing that truly has shifted is just the opportunities to be able to take advantage of the outlets and mediums to get in touch with people or to build relationships or to create community.” — @SalesRebellion [0:10:33]

“Over time, your reputation will precede itself, no matter what you did behind those closed doors, someone will know it was you at one point.” — @SalesRebellion [0:12:10]

“We have a very short window on this earth, and salespeople have a unique opportunity to be able to impact lives, change lives for the betterment of society, and culture and community. And yet, all we do is focus on the transaction more so than anything.” — @SalesRebellion [0:12:36]

“The word objections inside of sales is also a dirty word. Well, a seller has got to learn to embrace them and be extremely proactive around them, or they're never going to get better.” — @SalesRebellion [0:20:05]

“So, again, I think it's this bigger picture perspective of how do we look at a lot of the things that have worked in the past and also understand what's missing there?” — @SalesRebellion [0:34:16]

“You're doing everything exactly the way it needs to be delivered to this person. And because of that, it's coming up as the best ‘no’ that you ever got.” — @SalesRebellion [0:40:40]

The Sales Rebellion on TikTok 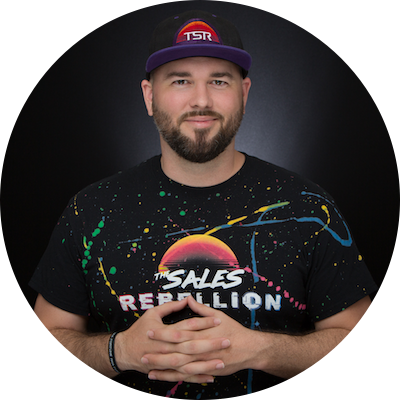 Dale Dupree was once known as The Copier Warrior and is the appointed Leader and Founder of The Sales Rebellion. He is born and raised in Orlando, FL. Has a sales background that dates back to his childhood as he was raised wandering the halls of his father's business but has been a full-time sales professional for 13+ years. Founded on March 1st of 2019, Dale now provides sales training and development through his firm, The Sales Rebellion, that challenges the status quo. He is audacious with his outreach, intentional in his sales walk, and driven to create a community of sales professionals that cause undeniable curiosity and true impact in their walk with prospects and clients alike by teaching the masses how to choose legendary in their sales career. The Rebellion believes in people over products, community over commission checks, fellowship over negotiations and experiences over performing a pitch.