Why Sales Deals Die and How to Keep It From Happening 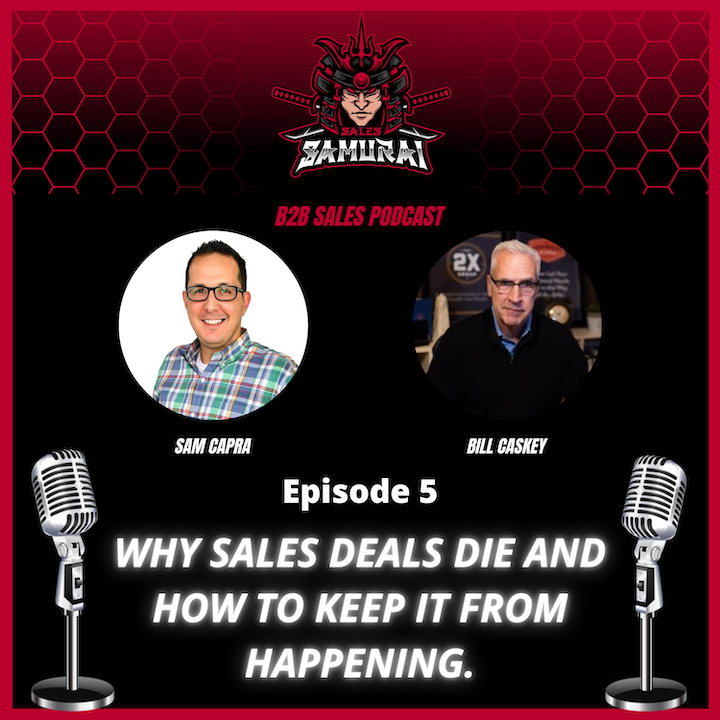 Episode 5: Why Sales Deals Die and How to Keep It From Happening with Bill Caskey
Every salesperson knows that confidence is essential to closing deals. Today we are lucky to be joined by Bill Caskey to discuss why deals die and what we can do from a sales standpoint to prevent this from happening. Bill is a sales development leader and experimenter who has been improving B2B sales teams and executives since 1990. He is also the author of Same Game New Rules, Rewire the Sales Mind, and The Sales Playbook, to name a few. We kick it off with Bill talking about his background in sales and how he decided to start creating content to empower people like him. To Bill, mindset is the central ingredient in a successful sales process, and we spend most of today unpacking some of the methods he has come up with to help his clients get their heads in the right place. Bill teaches us about what he calls a sales philosophy and the fundamental place it should play in a sales process. One of the cornerstones of a healthy sales philosophy is the belief in an abundant market, and Bill gets into the ways that this type of attitude can get more deals to the finish line. Tune in for a deep dive into the psychological dimensions of an ideal sales process with Bill today!

“My focus is whole self, confidence, the inner side, the mental and psychological sides of selling because it enters into every part of the sales process.” — Bill Caskey [0:03:55]

“In an abundant market where lots of prospects have problems you have got to make sure that you are generating discussions and leads with those other people so that when it’s time to pull the plug on somebody, it’s easy to do because you have got 19 other prospects.” — Bill Caskey [0:17:20]

“If you want to grow your business 2x in the next 5 years you need to work on your confidence level. You can work on your hacks and what questions to ask but it really goes back to mindset.” — Bill Caskey [0:39:43] 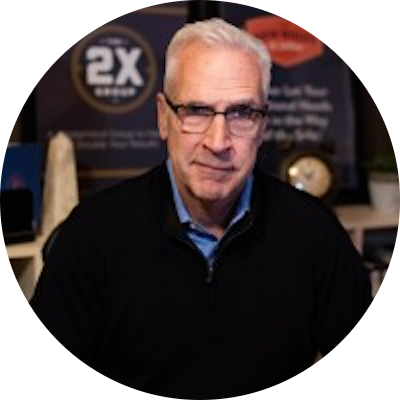 Bill is a sales development leader and experimenter who has been improving B2B sales teams and executives since 1990. His philosophies and strategies have fueled explosive growth in sales and profits for his clients. Bill0s passionate about sharing his ideas about selling, business, life, money, and meaning.

But his work expands beyond B2B and individual training and coaching; he is the author of Same Game New Rules, Rewire The Sales Mind, and The Sales Playbook, to name a few. He also co-hosts two podcasts: The Advanced Selling Podcast, a weekly podcast counseling sales forces and leaders who seek to improve their business—and The Bill Caskey Podcast, a deeper dive into achievement.

He believes the most important approach to any endeavor is improving one0s mindset. So naturally, he enjoys business books, human development / psychology topics as well as health/fitness books.

"We owe it to ourselves to make it a lifelong habit of learning how to master our lives. Whether we’re leaders of teams or members of those sales teams, our audience relies upon us to bring our "A” game to the field every day. It0s incumbent upon us to spend a few hours a week in personal growth, so we can be at our best when the time demands.”

Bill's success and passions are rooted by his family and community service. He spends time with his wife, Jane, and their two daughters, Kelly and Kara, who work in Indianapolis and Denver.

He is also creator of The High Achiever Mentor’s Program, a small group coaching program for high per forming B2B sales people who want to scale their income - and The World Class Sales Leader (.com) program, helping sales managers and leaders inspire and motivate their teams.